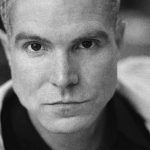 Born in 1961 in Michigan, USA. Studied music (clarinet) at the Interlochen Arts Academy from 1977-79 with Frank Kowalsky and Robert Marceles. As part of the school’s art exchange program in 1979, he took his first ballet class and began his training as a dancer. After graduating from the academy he studied ballet at The School of American Ballet and the Joffrey School in New York.

In 1982 he received his first contract with the Netherlands Dance Theater II where he met for the first time choreographer William Forsythe and experienced his first taste of contemporary dance. He went on to join the Washington Ballet Ballet under the direction of renowned neo-classical choreographer Choo San Goh, dancing soloist roles in traditional classical repertoire as well as neo-classical works of the choreographer. After a brief period with Finis Jhung’s Chamber Ballet U.S.A., partnering New York City Ballet’s Christine Redpath, he joined San Francisco Ballet under the direction of Helgi Tomasson. There he danced such principal roles in neo-classical repertoire as “Agon”- leading male role, “The Four Temperments”-Phlegmatic, “Symphony in C”-second movement from Balanchine, “New Sleep” and “In the Middle, Somewhat Elevated” from Forsythe and “Monotones” from Ashton and others.
In 1989 he joined the Ballett Frankfurt under the direction of William Forsythe, where he danced for almost 10 years creating many roles among them being “Herman Schmerman” pas de deux with ballerina Tracy Kai-Maier. In 1994 he danced the same pas de deux at the Théâtre du Châtelet with guest artist Sylvie Guillem. He continued dancing with Ms. Guillem over a 4 year period in such cities as Palermo, Athens, Brussels, Antwerp, Paris and extensively throughout France and at such events as Gala D’ etoiles -Monte Carlo, Birthday Gala for Maurice Bejart-Lausane and at the 6 Rencontres Chorégraphiques Internationales de Seine-Saint-Denis.
In 1997 he began teaching classical technique at the Hochschule für Musik und Darstellende Kunst Frankfurt, in 1999 became Vertretungsprofessor and in 2003 was named Professor. He is now teaching Classical technique, Men’s class, pas de deux, setting ballets from Forsythe and traditional classical and neo classical repertoire as well as choreographing works for the students: “Two Pieces for Clarinet”- 1998, “Duet”- 1999, Glass Bead Game-2000, “One Polish Song”-2001, “Some Polish Songs”, 4th movement of Tribal Dances-2002. In 2003 he created “8 Duos for 2 Dancers” for the Stuttgart Ballet’s Noverre Society and was subsequently invited to create new works, “Melodious Gimmick to Keep the Boys in Line”, which premiered February 2005 and “The Shaking Tent” which premiered in June 2006 for the Stuttgart Ballet. In 2007 was invited to participate in the New York Choreographic Institute.
Marc Spradling leitet zusammen mit Nora Kimball-Mentzos den Workshop Partnering Through Dance History / Dynamic Relationships of Support